Bitdefender is one of the best antivirus software on the market in 2021. It provides advanced malware protection and plenty of additional Internet security protection in an intuitive user interface.
Bitdefender has achieved excellent detection rates in all my malware tests, identifying nearly 1,000 malware files without slowing down the computer. Bitdefender’s web protection detects far more phishing sites than the built-in protection of Chrome, Firefox or Edge.
Bitdefender may not be as famous as some market veterans, but experts like it-and for good reason.
Bitdefender is often praised for its performance and efficient malware removal. It provides excellent real-time protection, includes many additional security features, such as anti-phishing and spam filters, and even includes a built-in VPN. Bitdefender has a free version that can do its job well.
However, with so many options, you may still wonder if this service is worth your time. In this Bitdefender review, I will introduce their security features, pricing options, ease of use, applications, and customer support experience to help you determine whether this is the right antivirus software for the job.

The following are Bitdefender’s current antivirus software packages. Two prices represent the preferential introductory price and the corresponding renewal price, while a single price represents a non-discounted price without introductory discounts. Please note that discounts and renewal prices vary throughout the year:

Bitdefender Antivirus Plus (Windows only) includes an impressive list of basic malware, spyware, adware, and ransomware protections as well as application and feature-specific features, including: Dedicated browser, which is said to protect Banking and shopping transactions to prevent fraud; web filtering technology to block known harmful websites and links; anti-phishing protection, anti-fraud warning and anti-spam filters. The plan also comes with anti-tracker extensions, social network protection, password managers, file shredders that permanently delete files without leaving any traces, vulnerability assessments that scan for outdated and vulnerable software and suggest repairs, and lack of Windows security Patches, and possibly unsafe system settings, etc.
The pricing of Bitdefender Antivirus Plus is:

Fifteen devices: one year $49.99/$119.99, two years $119.99/$199.99, three years $149.99/$249.99
Bitdefender Premium Security is Bitdefender’s top Internet security package. It offers the same multi-operating system and threat protection as the Total Security package, but it also includes unlimited VPN and priority support, so you don’t need to queue up and contact a dedicated support team. Potentially unwanted applications. Software hidden in other applications (usually bundled free software).
network sharing. Problems with the remote network on your device.
Boot sector. May change the boot sequence problem.
Only new and modified files. Threats that may be hidden in new files and changed files.
Keylogger. Malware that captures keystrokes.

Additional functions
Bitdefender is one of the most feature-rich Internet security suites on the market in 2021, and the features I described earlier are only a small part of its entire product.

Firewall — Adjust the network settings according to whether you are connected to a dynamic network, a home/office network, or a public network. There is also a “stealth mode” that can make your device invisible.
Ransomware repair—Identify when ransomware is trying to encrypt some of your files and quickly make backup copies of these files.
Webcam and microphone protection — List applications that request access to your webcam and/or microphone. Users can add specific applications to the whitelist and blacklist.
Wi-Fi protection — Analyze potential threats to Wi-Fi networks and routers.
Anti-tracking protection — Prevent web trackers from collecting your data for advertising and other purposes.
Anti-theft — Show the location of the device on the map. Through Bitdefender’s online portal, users can remotely lock, alert, or wipe stolen devices.
File Shredder — Delete files or folders permanently.
Profile-Users can manually or automatically adjust Bitdefender’s settings according to the activity/application in use.
Although all these features are very useful, my favorite is anti-theft protection and user profiles. Some competitors such as McAfee and Avira provide anti-theft protection, but only for mobile devices. However, Bitdefender also provides anti-theft protection for Windows computers. I tested this feature on my PC and I was very impressed with the accuracy of Bitdefender’s location tracking-it pinpointed my exact address on the map. I also found it easy to lock my PC remotely, and I was very surprised by the loudness of the anti-theft alarm!

I am also a big fan of Bitdefender user profiles, including work, movies, games, public Wi-Fi, and battery mode profiles. If you are a gamer and worry that antivirus software will interrupt your gameplay, then you will be happy to learn that Bitdefender’s game mode is very good. The moment you start playing the game, Bitdefender will pause notifications, automatic Windows updates, and virus scanning. Bitdefender also has an excellent game booster that can improve your game performance-although Bitdefender’s game booster is not as good as BullGuard’s game booster.

Overall, Bitdefender has a series of truly impressive features-if you are looking for an antivirus software with almost all Internet security tools you can think of, Bitdefender will not let you down!

Unlike competitors such as Norton with LifeLock and McAfee, Bitdefender also does not include identity theft protection bundled with antivirus software. Bitdefender’s independent digital identity protection software ($59.99 for the first year and $79.99 per year thereafter) monitors and sends alerts to alert potential personal data theft threats, impersonation, or violations from websites, social media, and other online sources. However, it does not monitor credit institutions or financial accounts, nor does it provide any loss recovery insurance or methods. The company said it plans to include credit card account monitoring sometime this year. 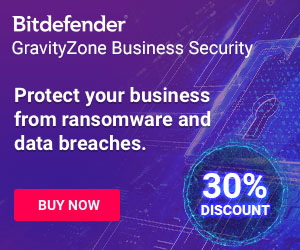