Are you wondering which is the better choice between HostGator vs. GreenGeeks? Both HostGator and GreenGeeks serve millions of domains from all around the world. But it’s tricky to analyze which one is the best choice with so many conflicting opinions.

In our UNBIASED comparison between HostGator and GreenGeeks, we’ll help you understand which provider has the right web hosting service for your budget and needs. 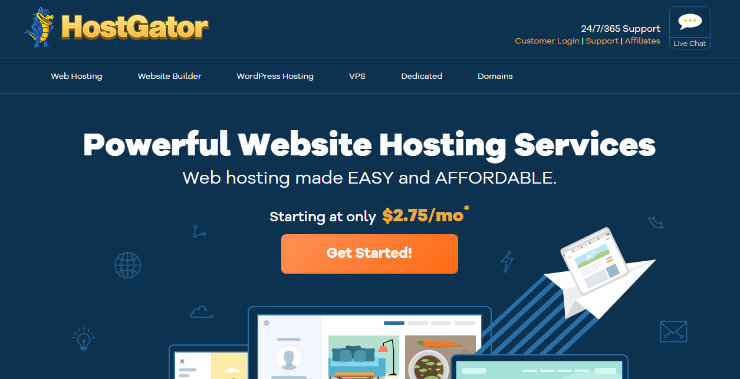 HostGator and GreenGeeks are 2 of the most popular hosting providers on the market. While they offer a range of different hosting options, including VPS and dedicated servers, they particularly rock the shared hosting industry.

HostGator was founded in 2002, and it currently hosts around 8 million websites, spanning customers all over the world. HostGator was acquired by Endurance International Group in 2012. Since the acquisition, they’ve been consistently growing as one of the world’s leading web hosting providers.

GreenGeeks, on the other hand, was founded in 2008, with customers from over 150 countries. They often emphasize their commitment to the environment and brand themselves as the #1 eco-friendly web hosting provider on the market.

HostGator vs. GreenGeeks – Speed and Uptime

Page speed and Uptime are the most important factors you need to consider when choosing a web host.

Nobody likes a slow website. Even a 1-second delay can hurt your conversions by 7%. In addition, Google continues to emphasize the speed in their algorithms.

Similarly, uptime is also important because your visitors expect your site to be available around the clock.

To test the speed and uptimes of HostGator and GreenGeeks for our comparison article, we signed up for a shared hosting account with both hosting providers. We also mirrored a production environment on these shared hosting accounts by creating a WordPress site, installing a default WordPress theme, adding dummy content, and uploading some images.

Then we conducted a few different speed and uptime experiments on these test sites using the following testing tools:

According to Pingdom, our HostGator site took 691ms to load, whereas our GreenGeeks site took 697 ms.

After our Pingdom tests, we analyzed how our testing sites handled traffic surges during peak hours with a popular testing tool, Load Impact, and sent some virtual users to our sites.

According to Load Impact, our HostGator server responded quickly until there were about 80 visitors at a time. As traffic grew, the site started to slow down slightly.

However, during the Load Impact test, our GreenGeeks site performed almost consistently regardless of the load. No downtime was recorded during the test.

We also wanted to analyze server response times from all around the globe by ignoring the content of the sites. For this test, we used Bitcatcha. It averages the loading speed from 8 different global locations: New York, LA, London, Brazil, India, Singapore, Japan, and Australia.

According to the Bitcatcha test, our HostGator server responded in just a fraction of seconds in the United States. While the response time was relatively high in international locations, the server still responded in less than a second.

Similarly, GreenGeeks’ server was rated C by Bitcatcha. The response time was almost the same as HostGator from multiple locations.

HostGator vs. GreenGeeks – Ease of Use 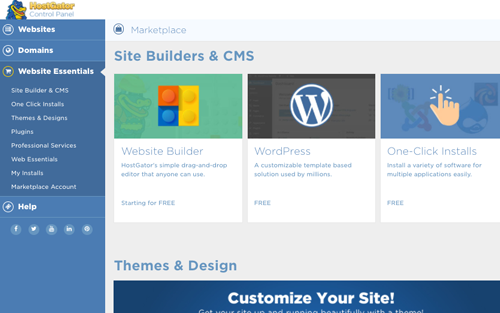 Both HostGator and GreenGeeks provide cPanel access to manage your web hosting account. With every hosting plan, you’ll also get a 1-click WordPress installer to quickly launch your site.

HostGator lets you build a website the way you want with a drag and drop builder that’s developed in-house. The builder even lets you integrate an eCommerce storefront with your website. 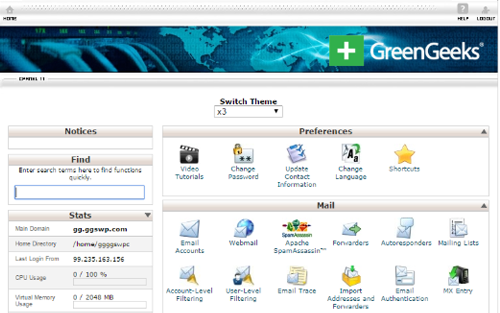 On the other hand, GreenGeeks provides a very basic builder with their hosting plans.

HostGator vs. GreenGeeks – Support and Documentation

Both HostGator and GreenGeeks offer 24/7 technical support via live chat, phone, and email.

What makes HostGator stand out is their robust knowledge base. It contains 680+ help articles and 500+ video tutorials to help you explore every aspect of web hosting, step-by-step.

Let’s make a head-to-head comparison of hosting prices for GreenGeeks and HostGator plans.

HostGator is also in our list of the best free web hosting companies offering cheapest solutions.

As you can see from the table, HostGator plans are cheaper than GreenGeeks plans. HostGator also offers more hosting options, including cloud hosting and WordPress cloud hosting.

You can also use our HostGator coupon code to get a BIG discount.

Don’t miss our comparisons between,

We hope this article helped you find the best hosting solution. If you liked this article, you might also want to check our complete HostGator review and GreenGeeks review.