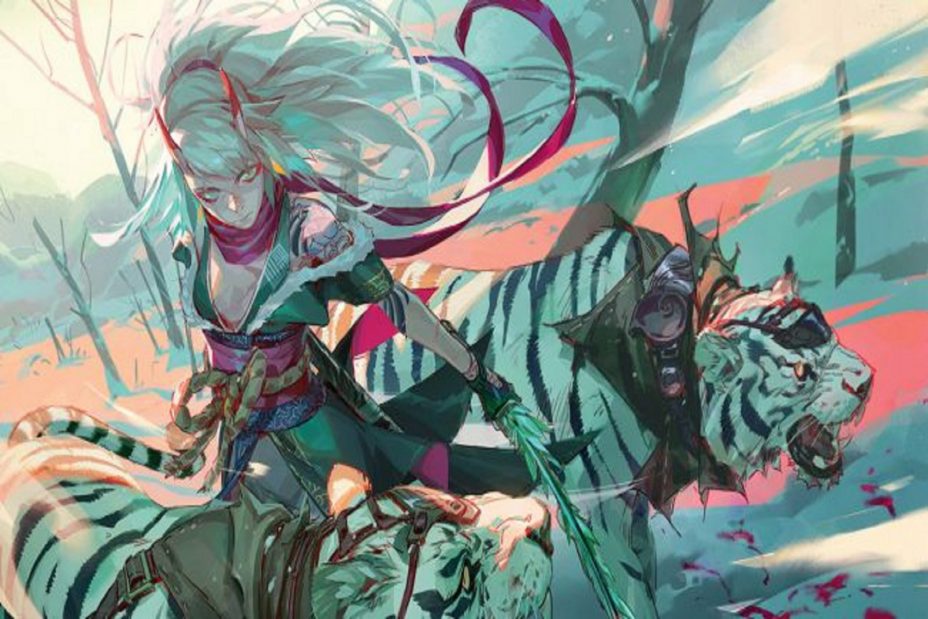 Is crafting a style something artists should strive for? Pros share advice on how to develop a look.

If you were asked to make a list of your favourite artists, chances are you’d be able to explain the small quirks or creative decisions they’ve made that made an impact on you. You might have even tried to recreate these styles in your own pieces.

But is honing a style – either someone else’s or your own – an achievable goal? Or is it counter-intuitive to your development as an artist? The answers depend on how you want to work, and to figure everything out you need to listen to your instincts. This article explores how different artists have developed a ‘look’.

For more advice on honing your art, explore our guide to mastering different art techniques, and our roundup of tutorials exploring how to draw just about anything.

Various factors contribute to the development of a style. For fantasy illustrator Djamila Knopf, it can all be traced back to watching Sailor Moon for the first time. “The minute that intro came on I was completely mesmerised,” she explains. “To my five year-old self, the colours, the style, the story, the transformation scenes – it was all perfect. From then on, I drew Sailor Moon fan art non-stop and tried to emulate the style.”

Today Knopf describes her work as evoking a “sense of wonder and nostalgia”, which sounds like a fitting way of carrying forward her formative anime experience. “I use colours that are far from realistic and so they create a more dream-like, alternate reality.”

Freelance illustrator Toni Infante had a similar experience upon discovering manga. “Dragon Ball was probably the first one I came across,” he says. “Seeing those powerful characters with weird hair really left an impression on me. I think it’s still easy to see the influence of Dragon Ball writer and illustrator Akira Toriyama on my style, which includes plenty of dynamic shapes and angles.”

So honouring your influences can lead to your style, but can your style lead to work? According to Knopf, a signature style can both open and close doors to potential projects. “If you’re someone who enjoys being a chameleon, all power to you! It can actually be great when you’re working on different productions that require you to switch styles,” she says.

“But having a style that people recognise has its advantages, too. Because you’re being hired for bringing your unique voice to a project. For me, the signature style has been my way to go. It makes me so happy when people tell me that they saw an illustration of mine and recognised the style. When I was trying to work like a Magic: The Gathering artist, I never received comments like that because all I did was try to mimic other people’s styles.”

For illustrator, concept and comic artist Dave Rapoza, it’s best not to overthink your approach and your position in the industry when it comes to style. “You’ll always be looking to see what everyone else is doing to stand out and end up comparing your work to theirs, which can be very unhealthy for your development,” he says.

“When you’re happy doing what you do, people can definitely tell. And if your style is also all your own through a melting pot of all your influences then you’ll get work. Don’t worry about trying to fit in – there’s always someone out there like you in all industries.”

Following your inspirations can result in a conflict of artistic as well as professional interests. Some styles come under fire from other creators, which in Knopf’s case left her feeling frustrated and insecure about her abilities. “As long as I can remember, everyone has tried to beat my anime influence out of me,” she reveals. “I kept trying different styles that I thought were expected of me and that were properly ‘artistic’, but I never settled on anything.”

After exploring different styles away from the glare of her teachers for a few years, Knopf decided to switch back to what is now her current style. “Ever since then, I’ve been having so much more fun with my work.”

Anime and manga in particular seem to be susceptible styles. Given that the world is more connected than ever, Infante isn’t surprised that they are popular styles, although that doesn’t mean creators can rely on them entirely. “I think that if someone imitates a particular style or artist without adding in anything, they’re not being honest with themselves,” he says. “It’s from the mix of influences that creative things happens.”

“Manga is an art style that only comes under criticism in a narrow field in this industry,” Rapoza adds. “If you enjoy doing a manga style and it makes you excited to sit down every day and draw, then you must follow your instincts.”

Knowing yourself and what excites you sounds like straightforward advice, but sometimes even the most assured artists could do with a reminder to keep them on track. “An important thing I’ve learnt is that style is not only how you draw but what you draw,” says Knopf. “Often, all it takes is for you to open your sketchbook and look at what you’re doing when nobody gives you any instructions – the things you draw just for yourself.

“If you’re completely lost, creating an influence map could also be a useful exercise,” she adds. “Think about the artists or IPs that resonate with you, put them on a grid and analyse each one. What do you like about it? How could you incorporate that aspect into your own work?”

Rapoza takes a less methodical approach. “I don’t think you can truly find your voice without failing over and over and never settling for comfort,” he says. “Don’t limit yourself by being afraid to show the weakness of what you do. Address it and put it out there on the forefront. Show people what it takes to achieve your best version of you as an artist.”